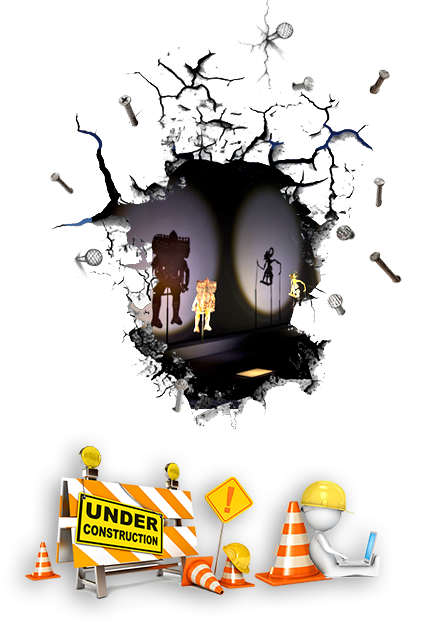 SOCRATES: AND now, I said, let me show in a figure how far our nature is enlightened
or unenlightened:--Behold! human beings living in a underground den,
which has a mouth open towards the light and reaching all along the den;
here they have been from their childhood, and have their legs and necks
chained so that they cannot move, and can only see before them,
being prevented by the chains from turning round their heads.
Above and behind them a fire is blazing at a distance,
and between the fire and the prisoners there is a raised way;
and you will see, if you look, a low wall built along the way,
like the screen which marionette players have in front of them,
over which they show the puppets.

S: And do you see, I said, men passing along the wall carrying all
sorts of vessels, and statues and figures of animals made of wood
and stone and various materials, which appear over the wall?
Some of them are talking, others silent.

G: You have shown me a strange image, and they are strange prisoners.

S: Like ourselves, I replied; and they see only their own shadows,
or the shadows of one another, which the fire throws on the opposite
wall of the cave?

G: True, he said; how could they see anything but the shadows if they
were never allowed to move their heads?

S: And of the objects which are being carried in like manner they
would only see the shadows?

S: And if they were able to converse with one another, would they
not suppose that they were naming what was actually before them?

S: And suppose further that the prison had an echo which came from the
other side, would they not be sure to fancy when one of the passers-by
spoke that the voice which they heard came from the passing shadow?

G: No question, he replied.

S: To them, I said, the truth would be literally nothing but the shadows
of the images.

3dots in aBox
Republishing and reproduction are allowed, as long as their content is not altered and the author's name and source are listed.